7.6/10 Drama Time: 1h 0m
Play Trailer
Overview
The third installment of the “Law & Order” franchise takes viewers deep into the minds of its criminals while following the intense psychological approaches the Major Case Squad uses to solve its crimes.

Drama 7.6/10 - Time: 1h 0m
Overview
The third installment of the “Law & Order” franchise takes viewers deep into the minds of its criminals while following the intense psychological approaches the Major Case Squad uses to solve its crimes.
View All Seasons
Show Less 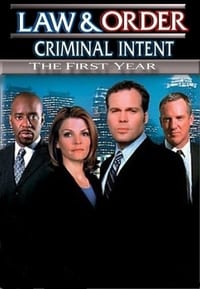 Season 1
2001 22 episodes
Season one of Law & Order: Criminal Intent, an American police procedural television series developed by Dick Wolf and René Balcer, began airing on September 30, 2001 on NBC, a national broadcast television network in the United States. Law & Order: Criminal Intent is the second spin-off of the long-running crime drama Law & Order, and follows the New York City Police Department's fictional Major Case Squad, which investigates high-profile murder cases. The first season comprises twenty-two episodes and concluded its initial airing on May 10, 2002. Four actors received star billing in the first season; Vincent D'Onofrio, Kathryn Erbe, Jamey Sheridan, and Courtney B. Vance. Episodes depict Detectives Robert Goren and Alexandra Eames as the squad's lead investigators. Captain James Deakins is the detectives' direct supervisor and head of the Major Case Squad. Assistant District Attorney Ron Carver often attempts to obtain confessions from the suspects, rather than taking them to trial. Law & Order: Criminal Intent focusses on the actions and motives of the criminals, and divides screen time equally between the suspects and victims, and the police's investigation. The season was filmed on location in New York City, although scenes set inside the Major Case Squad department were filmed in a studio at Chelsea Piers, Manhattan. 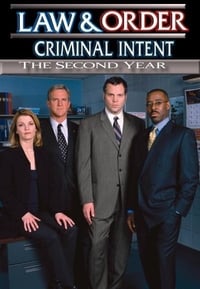 Year Two
2002 23 episodes
Experience life on the wrong side of the law as perpetrators plan and execute the crimes that lead them into the fascinating, frustrating and sometimes frightening justice system. 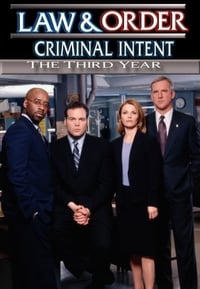 Year Three
2003 21 episodes
Follow Major Case Squad Detectives Robert Goren and Alex Eames as they tackle the most challenging criminal cases in New York City. Under the supervision of Captain James Deakins and with the assistance of Assistant District Attorney Ron Carver, Goren and Eames pursue the city's most devious offenders in a cat-and-mouse game filled with treachery and surprising twists. 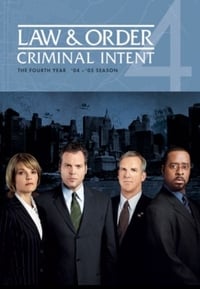 Year Four
2004 23 episodes
Analyze crimes from the unique perspective of the lawbreakers themselves as they strategize and execute the plans that end up on the New York Police Department's Major Case Squad roster. 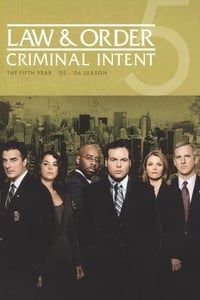 Year Five
2005 22 episodes
New York's war on crime enters an unprecedented phase of tension and conflict. The Major Case Squad takes on some of its most difficult scenarios to date – from brainwashing and foul play to bondage and bizarre ritualistic killings. 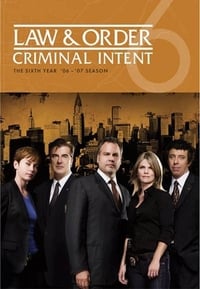 Year Six
2006 22 episodes
They have matched wits with the smartest of criminals and the darkest of minds, but nothing will prepare Bobby Goren and Alex Eames for their most challenging season yet. 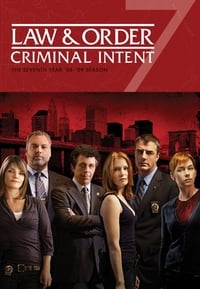 Year Seven
2007 22 episodes
Squad Detectives Robert Goren, Alex Eames, Mike Logan and Megan Wheeler are back for another season of looking through the window of the criminal mind. The Seventh Year includes 22 powerful episodes featuring high-profile criminal cases ripped from contemporary headlines. Investigations range from the murder of a modern-day pirate to the execution of three college freshmen and Goren going 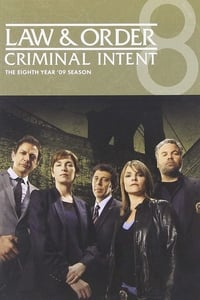 Year Eight
2009 16 episodes
With the departure of Detective Logan after the conclusion of year seven comes the emergence of Detective Zach Nichols to effectively take Logan's place as Wheeler's partner. The Eighth Year features a suspense-packed caseload when Goren and Eames investigate the death of a drug dealer who was involved with a politician's stepdaughter, race against the clock to track down a missing child, are tasked with hunting down a killer's killer and more. Meanwhile, Nichols and Wheeler become submerged in the dark dealings of the celebrity restaurant world, investigate the stabbing of a young hipster and explore the murder of a high-profile CFO. 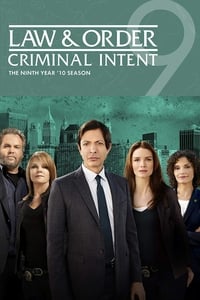 Year Nine
2010 16 episodes
Year Nine marks a turning point for The Major Case Squad as one of their own is murdered while undercover in the world of illegal arms dealing. In a two-part season premiere, Detectives Goren, Eames and Nichols set out to find the elusive killer and risk compromising an ongoing FBI investigation which threatens to push Goren out of the picture for good. Year Nine packs a punch with a line-up of cases that include matching wits with an Irish crime boss, examining a mysterious "vampire" murder, hunting down a schizophrenic serial killer and investigating a widespread scandal involving a New York senator. 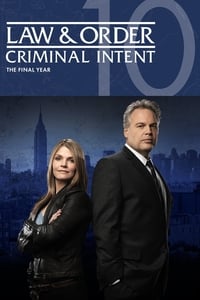 Year Ten
2011 8 episodes
After a lengthy departure from duty, Goren returns to the Major Case Squad attached to a sentence of mandated therapy by the department. Nevertheless, Goren and Eames are as effective as ever in exposing some of New York's most high-profile and diabolical criminals. When the stakes are highest, the Major Case Squad gets the call. These are their stories.
Show Cast