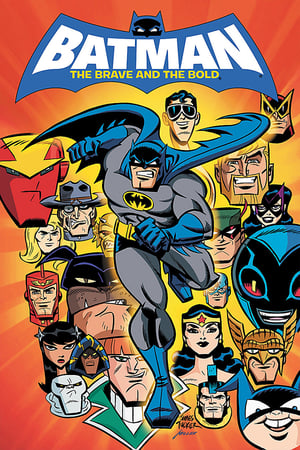 7.5/10 Animation, Action & Adventure Time: 22m
Play Trailer
Overview
The Caped Crusader is teamed up with Blue Beetle, Green Arrow, Aquaman and countless others in his quest to uphold justice.

Animation, Action & Adventure 7.5/10 - Time: 22m
Overview
The Caped Crusader is teamed up with Blue Beetle, Green Arrow, Aquaman and countless others in his quest to uphold justice.
View All Seasons
Show Less 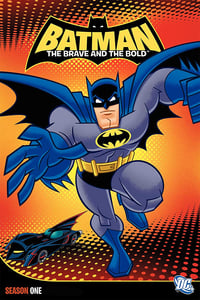 Season 1
2008 26 episodes
Batman wings into an exciting new era, teaming with a mighty honour roll of DC Comics Super Heroes in the debut season of the smart, hip TV series! The Brave and the Bold features Batman and allies Aquaman, Green Arrow, Blue Beetle, Booster Gold, Robin, Wildcat, Deadman, Plastic Man, Red Tornado, Bronze Tiger, Dr. Fate and The Atom fighting foes from mad scientists to intergalactic crooks, from power-mad dictators to out-of-control teenagers teenagers! He even partners with another legendary detective: Sherlock Holmes! In this cool, cutting-edge and often funny series, bringing back old-school comic book styling and dry wit to crimefighting, Batman faces any peril - including other heroes stealing the show - in his relentless pursuit of justice. 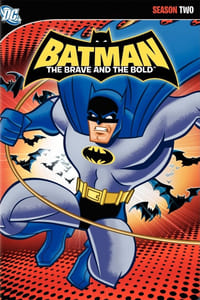 Season 2
2009 26 episodes
Braver. Bolder. Season two of Batman: The Brave and the Bold delivers more of the action you want, as the caped crusader continues to team up with heroes from across the DC Universe in this latest interpretation of the classic Batman franchise. Featuring non-stop adventure with a touch of comic relief, Blue Beetle, Green Arrow, Aquaman and countless others uphold justice alongside Batman. Though still based in Gotham, Batman frequently finds himself outside city limits, facing situations that are both unfamiliar and exhilarating. With formidable foes at every turn, Batman must still rely on his stealth, resourcefulness and limitless supply of cool gadgets to bring justice home. 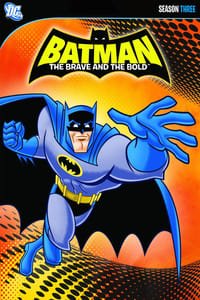 Season 3
2011 13 episodes
Join the Caped Crusader and a wealth of DCs finest as they team up to battle injustice in the third and final season of this cutting-edge series! Evil never sleeps in these diabolical schemes plotted by the worlds most infamous criminals including the Joker, Lex Luthor, Equinox and Ras Al Ghul! Thankfully, Batman and his many allies, including Superman, Green Lantern, Aquaman and Wonder Woman, are always up for the challenge! Circle this globe and others, and even travel through time in The Brave and The Bold's final action-packed, fun-filled season!
Show Cast